People have already started to gather outside the Richard Rogers stage door. It’s 5:30 p.m., and although the curtain doesn’t go up on the behemoth blockbuster Hamilton for another two and a half hours, diehard Hamilfans are hoping to get a glimpse of the cast as they arrive at the theater.

Somehow, Leslie Odom Jr. slides in unnoticed. (To give an idea of the level of fandom: Music director Alex Lacamoire is stopped by admirers.) While it’s still a little early for the company’s call time, Odom is here for our interview, which he suggests we do at the coffee shop across the street. The cafe is empty and Odom trades quips with the barista as if he comes in everyday—he probably does, as they comp his coffee and coconut water.

Hamilton, a hip hop and rap infused retelling of the life of the titular founding father, has made stars out of everyone from the show’s leads to its stage manager, and Odom is no exception. He plays Aaron Burr, the misunderstood friend-turned-nemesis of Hamilton, who shot him in that famed duel. (For those of us of a certain generation, our point of reference is the ’90s “Got Milk?” commercial, and you’ll be pleased to know Odom reenacted that bit as an early ad for the show.)

However before Odom was generating Tony buzz and being interviewed by Charlie Rose, he was a fan himself. Lin-Manuel Miranda, the writer and star of the show, e-mailed Odom about being in an early workshop at Vassar as part of New York Stage & Film, but he was unavailable. However, his wife, Nicolette Robinson, was doing a reading there that summer, and when Odom was visiting for a weekend, he tweeted at Miranda to see if he had any tickets to the Hamilton presentation. 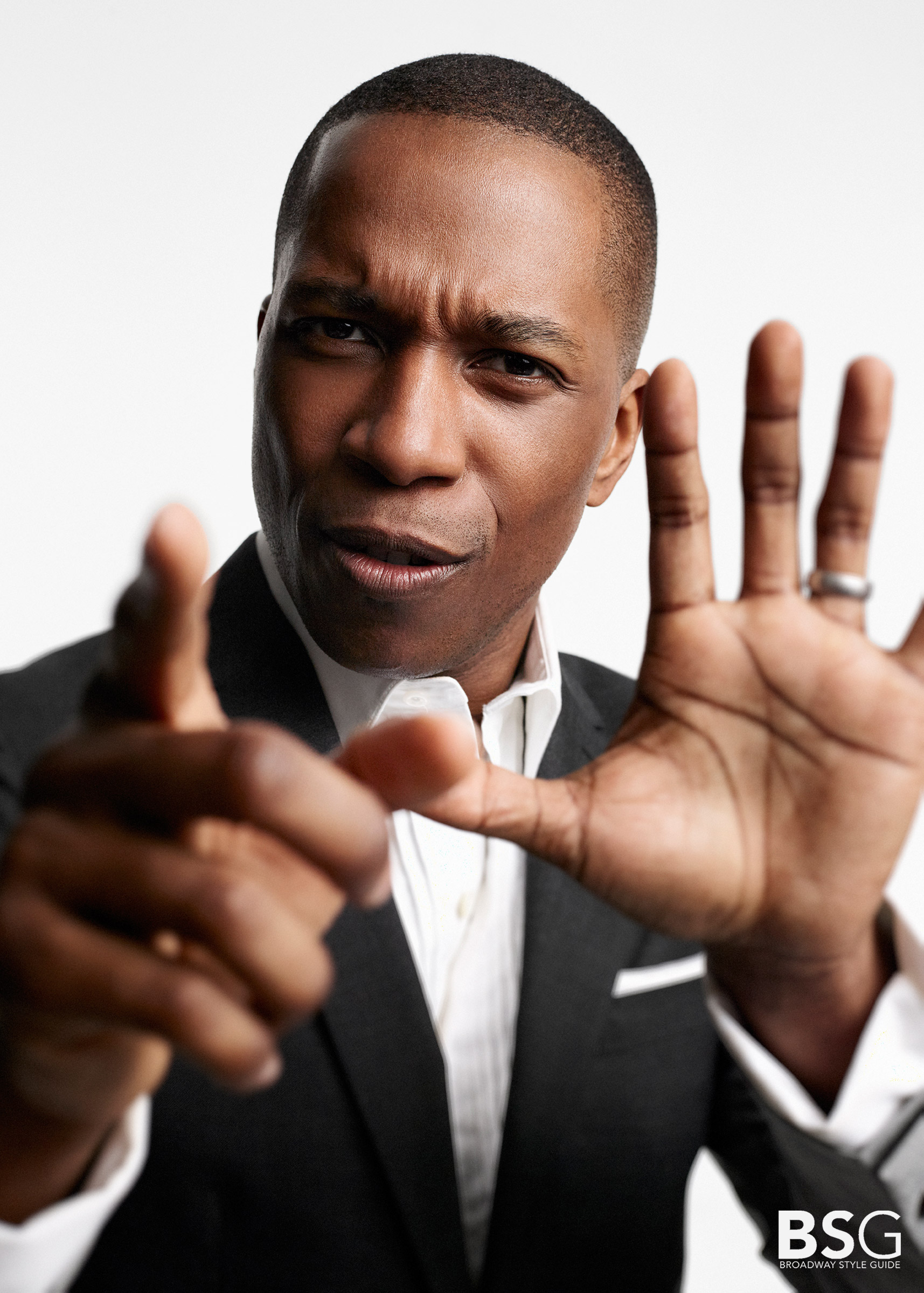 Even then, tickets were hard to come by (the Broadway run is sold out through 2017) and Miranda couldn’t help. So Odom waited, with his mother-in-law, and got the last two tickets in the back row in the small black box theater.

“I was on the edge of my seat the entire time—that’s what falling in love feels like,” Odom remembers. “I tweeted at Lin after I saw it. I said, ‘Oh my God, if you’re ever doing this again, tell me and I will be the biggest champion of this.’”

Three months later, Odom received an e-mail from Miranda—subject line: “Octoburrfest”—about participating in a reading, and he’s been with the show since then. Miranda and Odom had never worked together before, but the two met at the opening night party of Bring It On: The Musical, for which Miranda collaborated on music and lyrics. Odom was on the short-lived-though-cult-favorite TV series Smash at the time and was getting invited to many fancy shindigs.

Miranda has said in previous interviews that he considered playing Burr, but when he found Odom, he knew he had found the man for the role and began tailoring the part to Odom’s strengths. Odom is no stranger to working on new musicals and the rewrites that come with them. He starred in Leap of Faith on Broadway and Venice at the Public Theater, but he says working on Hamilton has been a rare experience.

“I’ve never seen anything like it. [Lin] would put a song in front of me that never changed. It came out of him in the most perfect,” Odom says. “All I wanted to do was inspire him to keep going because I loved it so much.”

And that’s a good thing because performing eight shows a week can be taxing. (When Odom realizes he gets to go to the chiropractor after our interview, he practically shouts with glee.) This is the longest run Odom has ever done onstage, but his passion for the material keeps him going. Not to mention there’s usually a long list of A-listers—everyone from President Obama to Beyonce and Jay-Z number among fans—in the audience.

And he’s obviously impressing, as Hamilton is opening more and more doors for Odom. When asked how he fills his days, he hesitates because he doesn’t want to sound “douchebaggy.” “Life is not normal right now!” he says, hesitantly adding that most of his days are full of meetings, brainstorming sessions, photoshoots, and other exciting endeavors. The one thing he’s diligent about is the gym: He works out with a trainer three days a week at Drive 95 in Soho. “Next to the show and spending time with my wife, it’s my favorite part of the day,” he says. 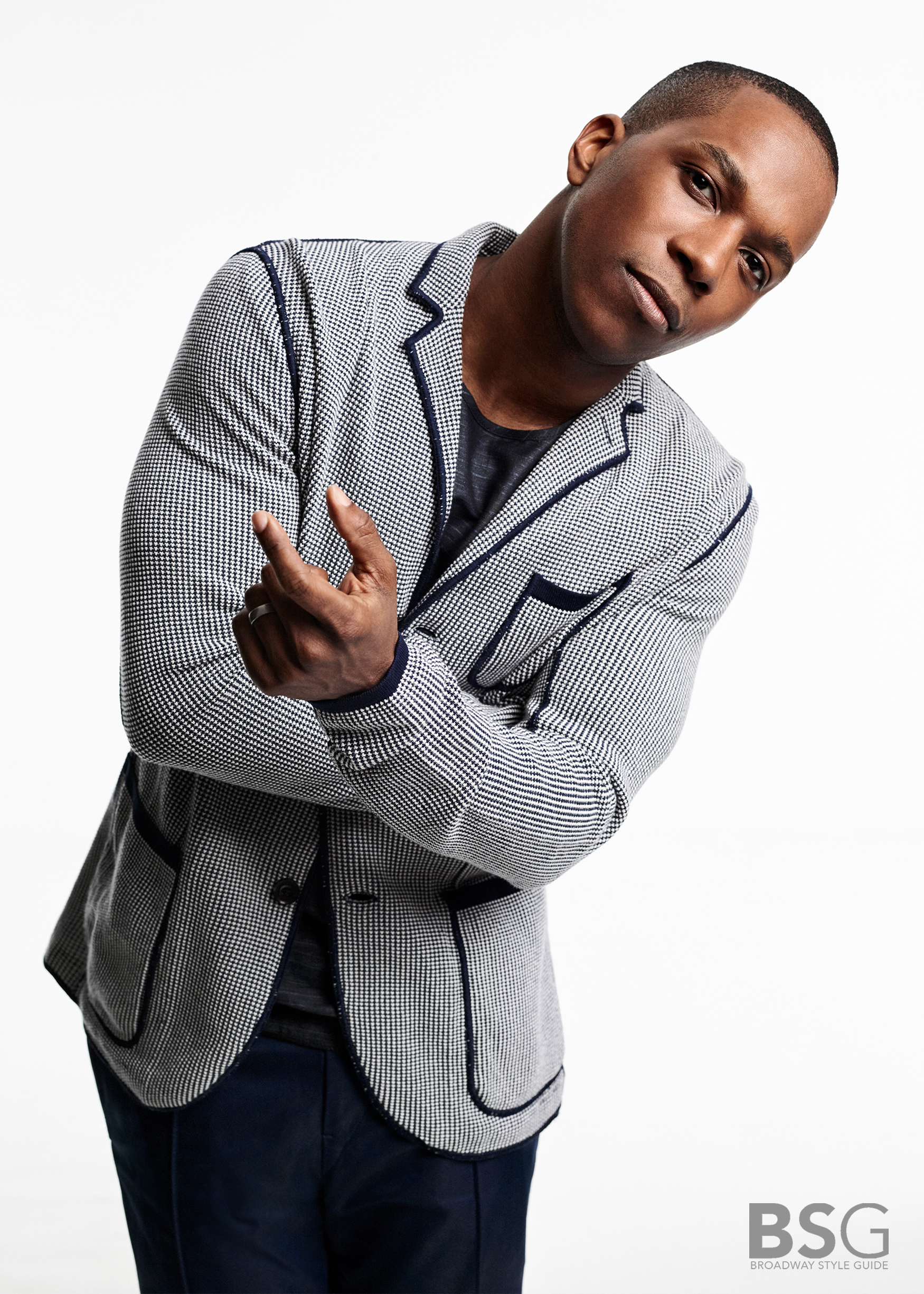 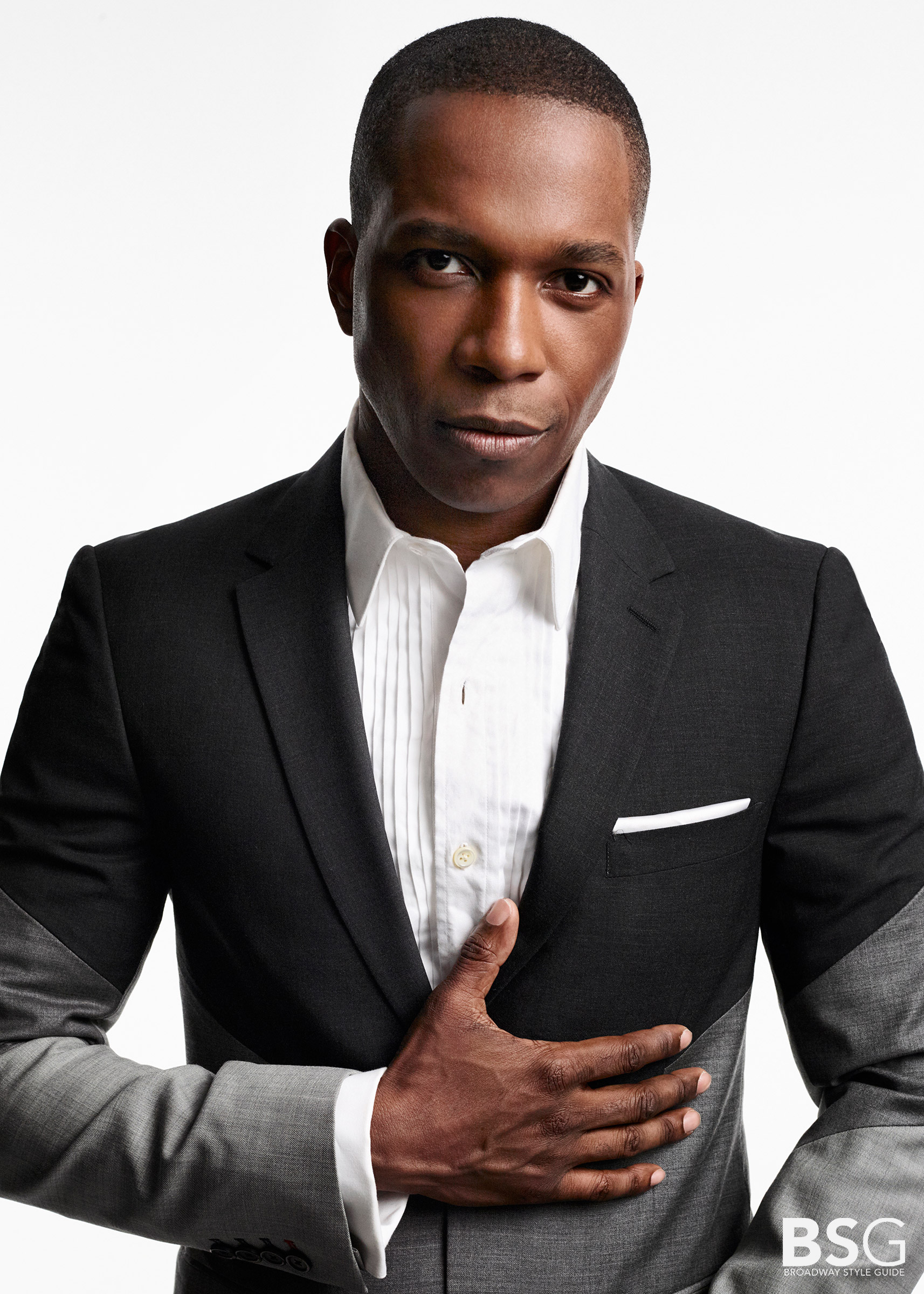 Sunday nights (his night off) are “sacred” for him and Robinson to spend quality time together, and takeout and a movie is usually the activity of choice. The couple have also learned to treat industry events, like galas and openings, as date nights and love the excuse to dress up.

Odom names designers David Hart, Canali, and Dsquared2 as some of his favorites for the red carpet. Hart dressed him for Hamilton’s opening night, and Odom wore a Dsquared2 suit when the cast performed at the White House a few weeks ago. As far as whose style he admires, he looks to other Broadway vets like Robbie Fairchild, Billy Porter, Brian Stokes Mitchell, and Christopher Wheeldon.

However, Odom’s fashion secret is his tailor. “You can buy a jacket from Uniqlo for 40 bucks, get it tailored, have the buttons changed, and it’s something that can actually last a really long time,” he explains. “It’s a way that you can look great and feel great all the time, but you don’t have to spend money necessarily on the piece of clothing—you can spend money on the tailoring,”

Odom actually had a jacket made for Hamilton rehearsals: a black, three-quarter length, lightweight trench. He wore something similar while guest starring on Person of Interest around the same time and wanted a piece to get him into the Burr character. However, Odom doesn’t want his clothes to be the first thing that people notice about him.

“I like being a man with a certain amount of elegance and grace; those things are really the most important things to me,” he says. “But obviously, I want to be seen before the clothes I’m wearing.”

The music is getting loud in the coffee shop, and Odom suggests we move to one of the tables outside, where the early evening March weather is warmer than usual. Odom mentions that the Paramount Hotel, which is right next to where we’re sitting, is one of the cast’s go-to after-show spots, as well as Bar Centrale and the Intercontinental.

“It’s a lovefest at the Rodgers!” he says, gushing about his colleagues. Most of them have been together since the show was at the Public Theater last year, and Odom wants to soak up the time they have left together, as most of their yearlong contracts will be up for renewal in July and some, including possibly Odom, might leave the show for other endeavors.

“I mean, I hope that it’s something that I can leave and come back to,” Odom says. “It would be nice to have the opportunity to come back, but I imagine that there’s going to be other things that I’d like to do creatively.”

He says working on another album (and if you haven’t heard his collaboration with costar Daveed Diggs, you should listen to it right now). He’s looking at opportunities in film and TV and still exploring what might be next.

While Odom used to be recognized for his work on Smash, now, it’s mostly for Hamilton. He says he never could have anticipated the intense fan response, but he’s extremely grateful and knows that this is only for a time and he’s cherishing every moment.

The crowd is growing outside the Rogers, as showtime is approaching, and the marquee lights are glowing against the dark sky. And then, as if it were scripted, an older woman walks by, notices Odom, and asks “Can I take a picture of you, Aaron Burr, sir?” (She might as well have said, “Pardon me. Are you Aaron Burr sir?”)