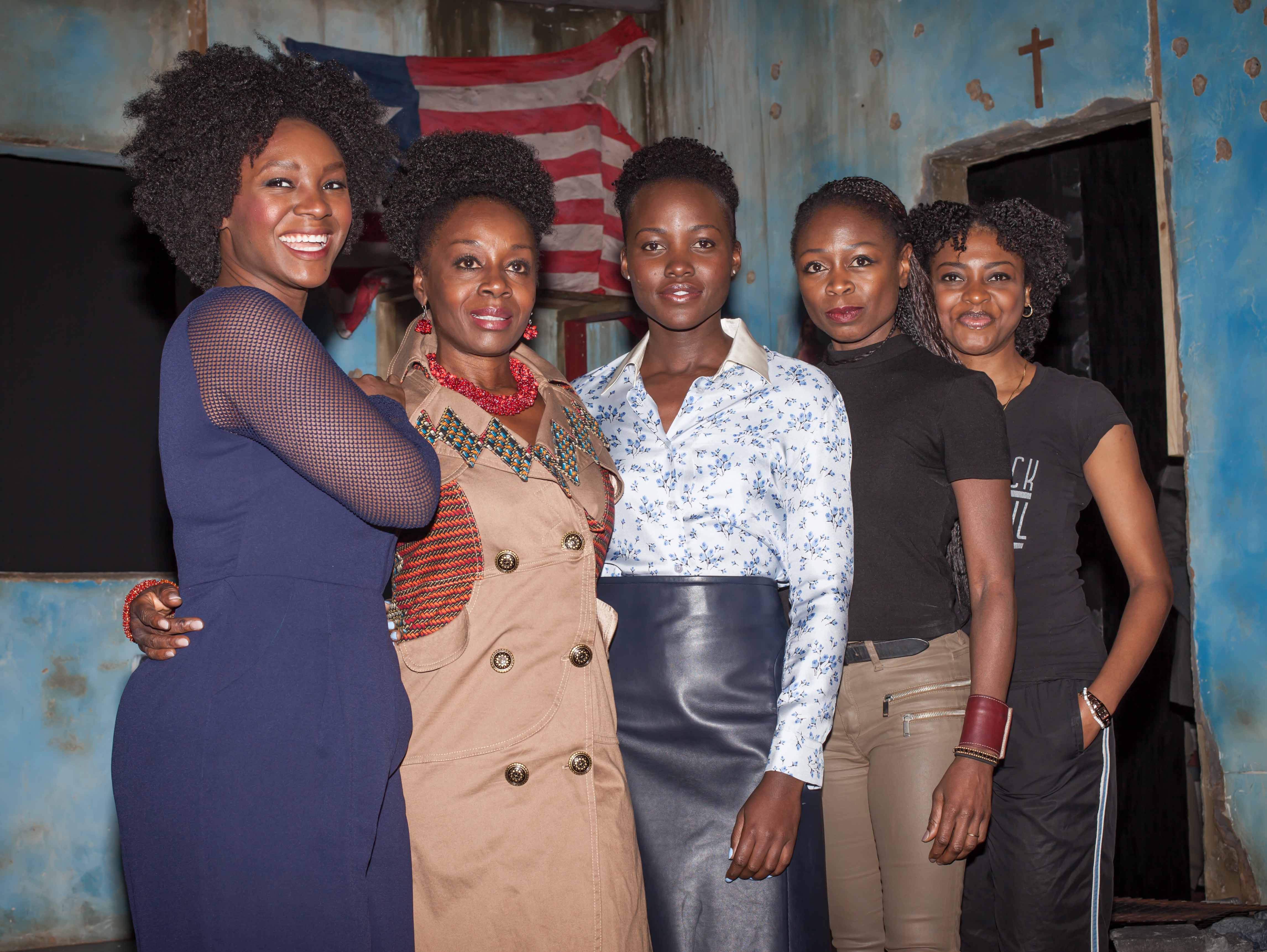 Eclipsed follows five women in Liberia struggling with the country’s upheaval and civil war. After an acclaimed run at The Public Theater in the fall, the play, written by Danai Gurira and directed by Liesl Tommy, will begin previews on Broadway February 23, with opening night set for March 6.

Broadway Style Guide was on hand as the stylish cast met with the press on Thursday at the Golden Theatre. The event marked the announcement of the 10,000 Girls Campaign. The initiative will offer girls from the tri-state area, between the ages of 16 and 24, free tickets to the show. Starring Academy Award winner Lupita Nyong’o, Pascale Armand, Akosua Busia, Zainab Jah and Saycon Sengbloh, Eclipsed marks the first time in history a Broadway play’s cast and creative team has been entirely female.