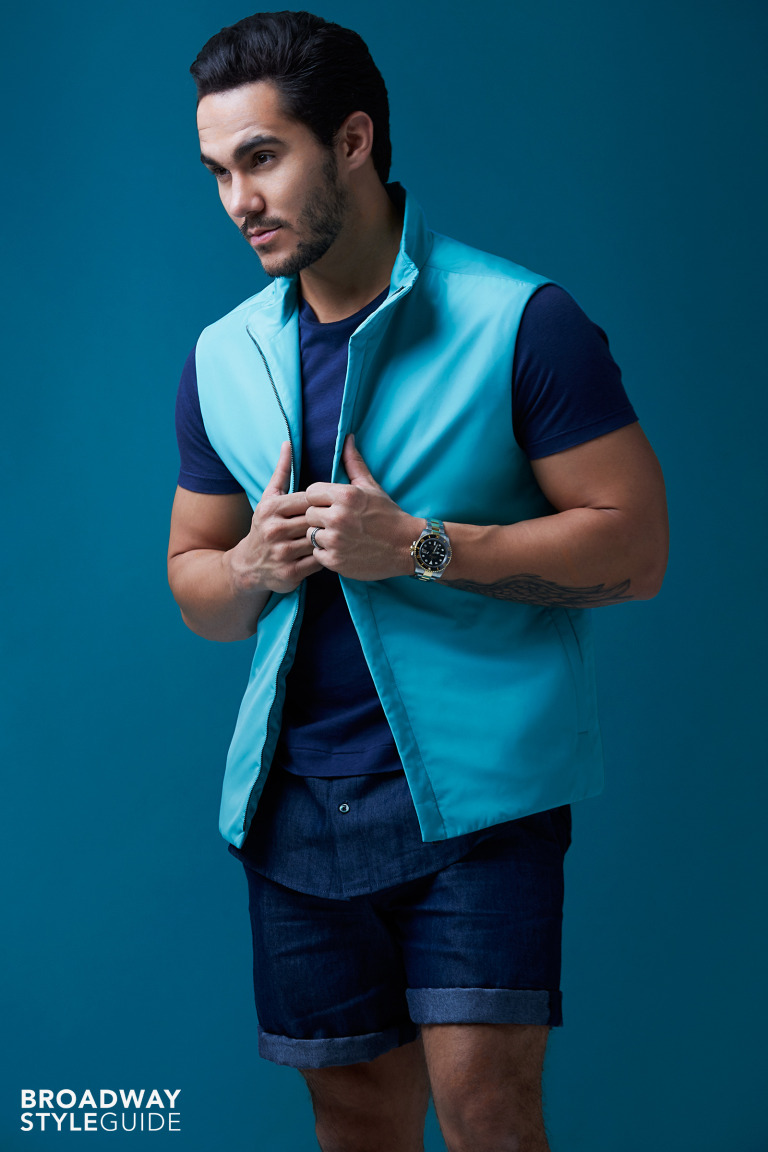 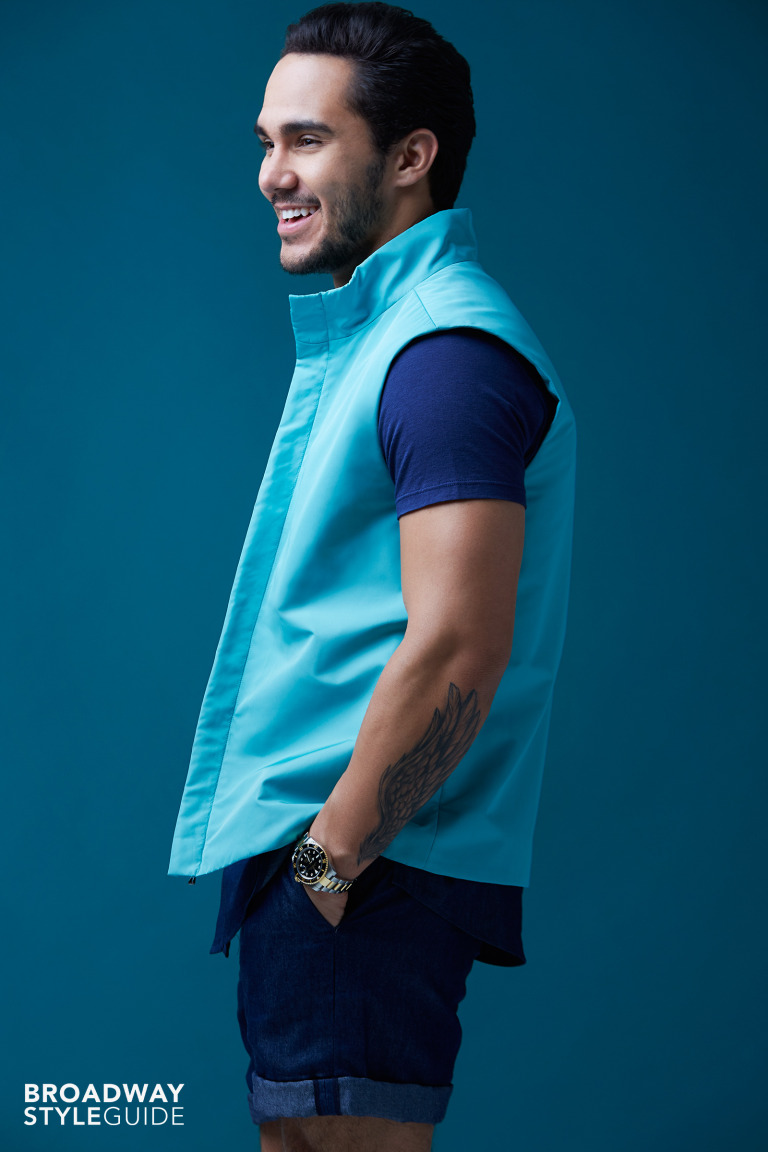 When Carlos PenaVega first heard about auditions for Grease: Live, he passed. His team wanted him to go in for the role of Danny in Fox’s updated live version of the classic musical, and although PenaVega has experience performing live with his recent stint on Dancing With the Stars and plenty of music experience, with the boy-band-centric Disney series-turned-movie Big Time Rush shooting him to stardom, he didn’t know if he wanted to do the “John Travolta thing.”

As the search for Danny continued, PenaVega finally conceded and went in for the part, but Aaron Tveit ended up landing the role. “I was pretty bummed,” PenaVega remembers. “Like, you put a lot of work into trying to make something happen.”

Little did he know at the time, he’d receive a call a few weeks later asking him to take on Kenickie, Danny’s right hand T-Bird at Rydell High, and when Grease: Live airs on Jan. 31 on Fox, PenaVega will be hand-jiving alongside Tveit, Vanessa Hudgens as Rizzo, Julianne Hough as Sandy, Carly Rae Jepson as Frenchie, Keke Palmer as Marty, and many more!

And who is he modeling his performance after? “I feel like I have a lot of the John Travolta characteristics as Kenickie, which is kind of funny,” PenaVega says with a laugh. “Crazy how that all works out, right?”

Broadway Style Guide spoke with PenaVega on a visit to New York to talk about his theatrical beginning, the T-Bird style, and the costume he’s planning on stealing. 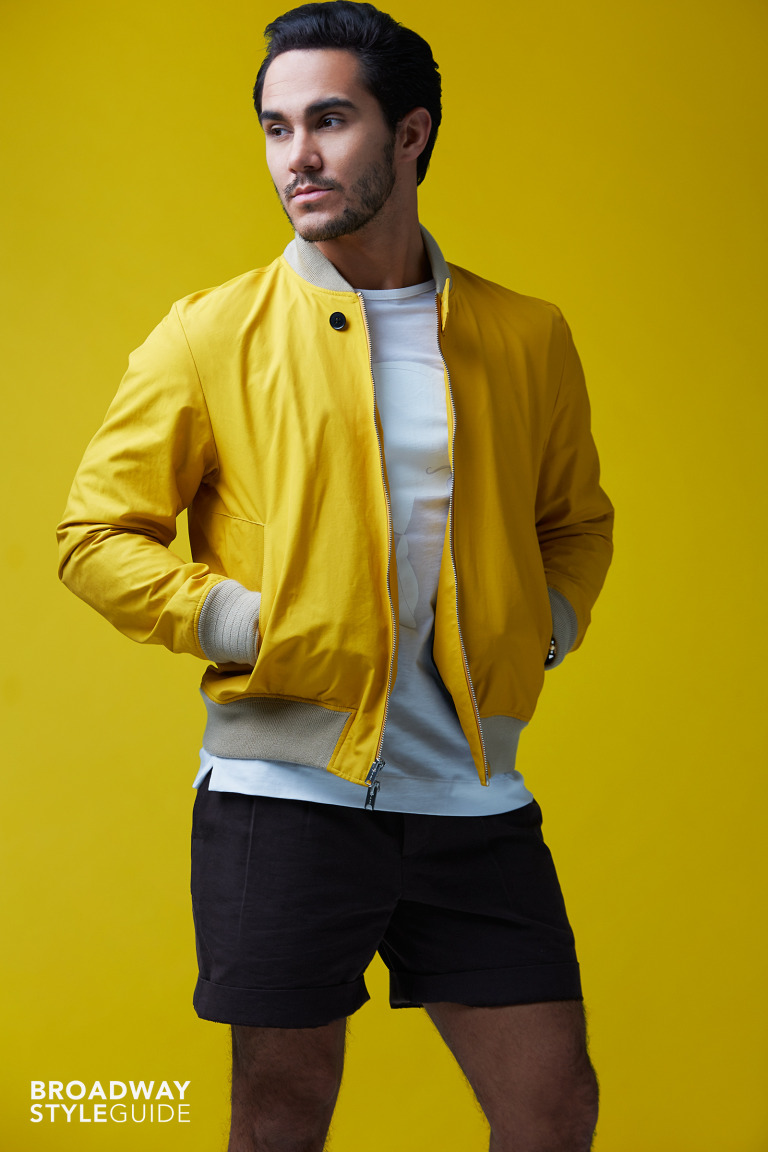 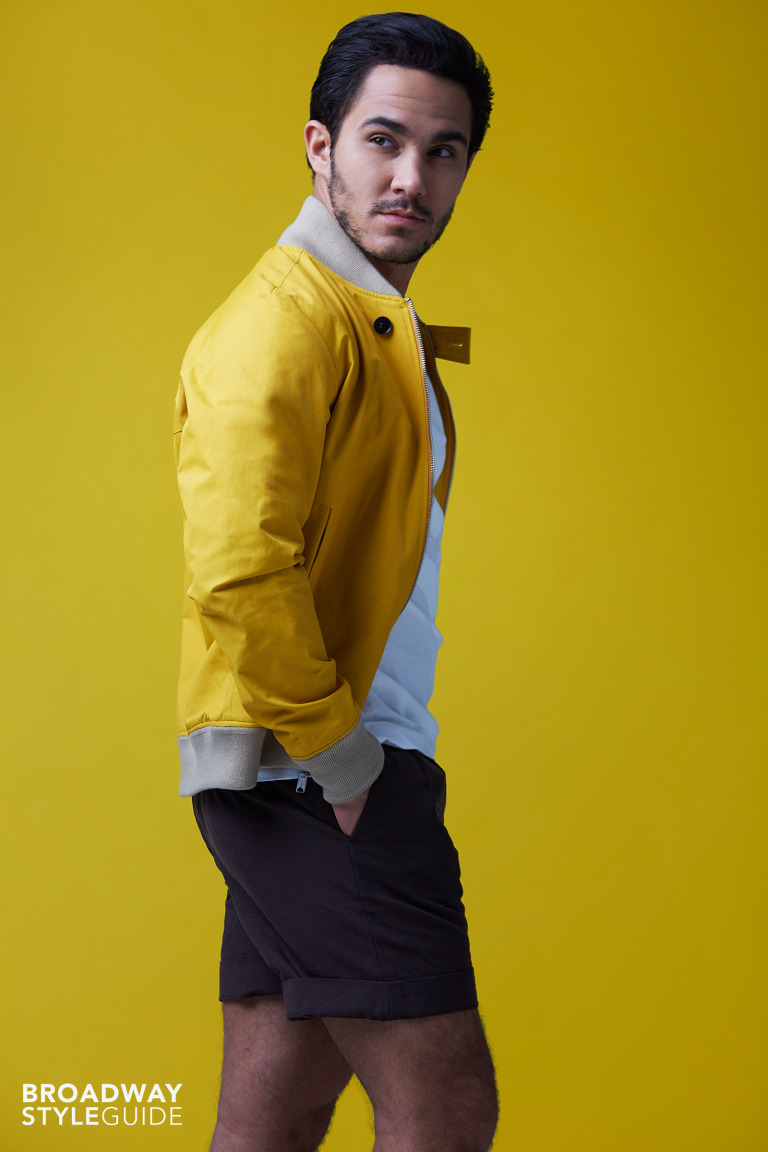 You performed in a local production of Grease in high school. How does it feel to be coming back to the musical?
Yeah, back when I was 15 or 16, I did Grease [at the Jewish Community Center] and I played Danny. It was my first lead role, and then I ended up dating the girl who played Sandy. I’m not sure if that’s like what you’re supposed to do.

You have a completely different look and style from Jeff Conway, who played Kenickie in the film. What’s your take on the role?
On the first day of rehearsal, I think everybody had the same feeling like, “What are we going to do? People know these characters!” And [producer] Marc Platt, [director] Tommy Kail, and [composer] Tom Kitt sat us down, and they were like, “There’s the movie version. There’s the stage version. And we’re going to pay homage to all those before us. But at the end of the day this is our Grease. So let’s make it our Grease.” And Tommy is the coolest director and let us all explore, and I think I’ve taken a lot from both Danny and Kenickie from the movie. And I’ve kind of brought my own style to it.

The show’s style is so iconic and you’re working with Tony-winning costume designer, William Ivey Long, on Grease: Live. Can you talk about the T-Bird Style and working with William?
I’m wearing the same pair of jeans throughout the whole show. And I’ve been wearing them throughout rehearsals so they’re really broken in. We all have these really cool Converse — they’re aged and look pretty beat up because we’ve been just wearing them in rehearsal. But to me the coolest thing was the jackets. William brought in two or three racks of leather jackets, and the boys and I got to just go through, and I keep saying it was kind of like Cinderella and the slipper.

Which one did you choose?!
Mine is actually an All Saints jacket. I’ve never been a fan of leather jackets, but I want one now because when you put on a good leather jacket, man it feels good. It’s like butter. William keeps telling me, he’s like, “Well, that’s your jacket.” And I’m like, “Does that mean I get to keep it after?” So I hope I get to keep this one.

The cars from Grease are so iconic, with the chase at the end. Are you into cars?
You know, it’s funny, somebody asked me the other day like, “What’s one thing that like I can relate to my character?” And I was like, “Well, he loves his car. And I love my car.” And Aaron and Julianne and Vanessa were like, “Oh yeah!” I mean, I’m just more like, I like my things. I’m kind of a tech nerd so I like my gadgets and my car is just one of my gadgets and I take really good care of it. 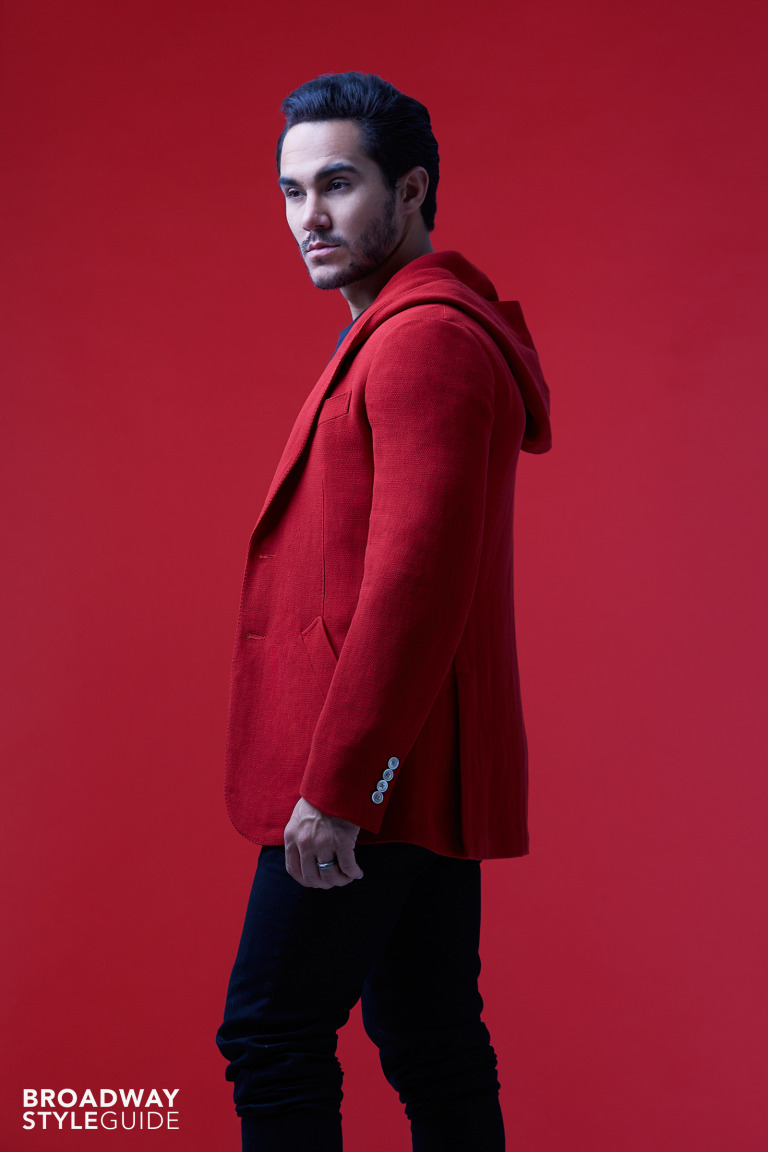 What kind of car do you have?
A Tesla 85D. I just got it like three months ago. And it’s basically a huge toy. You can do everything with it. And it has like an iPad in the center. So it’s like my little toy.

Are there any other gadgets that you’re currently obsessed with?
Well, I have a drone that I love that I take with me everywhere. Last July — right after I didn’t get Grease—I did this sailing trip with my friends and we sailed the Caribbean for like two weeks. Like all ten of us. I brought the drone and I got some like epic footage. It was fun.

Have you been using it on set?
Not yet. Apparently there’s all these rules at Warner Brothers that you can’t have a drone.

That makes sense. What about your own style? Do you follow fashion trends—is that something you’re into?
I’m trying to get better at it. My wife is the best stylist ever because she just goes through my closet and she’s like, “This would be a great outfit.” And I’m like, “Great. Let’s pack it. Let’s do it.”

Does she buy you clothes?
Yeah, I mean, she loves Forever 21. I gotta say, it’s amazing because you can get a bunch of outfits for like a hundred bucks! But she’ll go to a store and she’ll buy me like a couple shirts here and there and that’s actually awesome.

You studied musical theater at Boston Conservatory for a little while before you left to pursue your career. Has that training helped you with Grease: Live?
100 percent. I mean, sometimes I wish I would have stayed for the whole four years because I learned so much just in that year and a half. 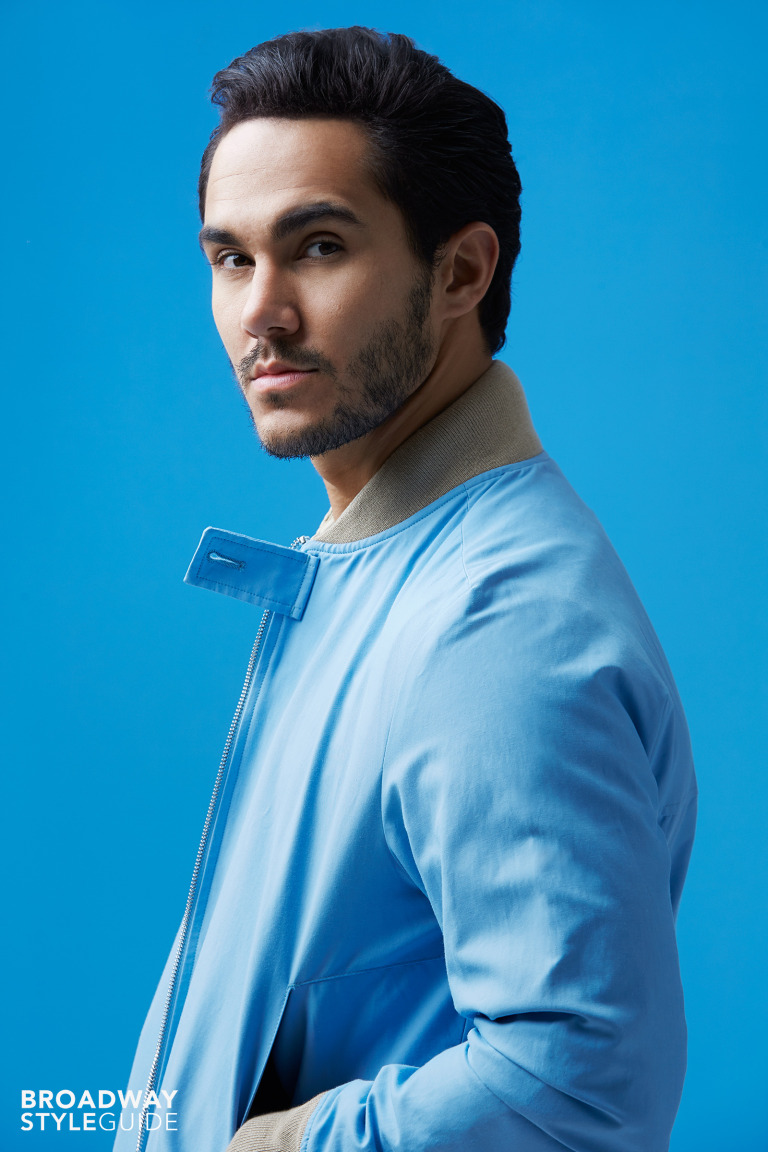 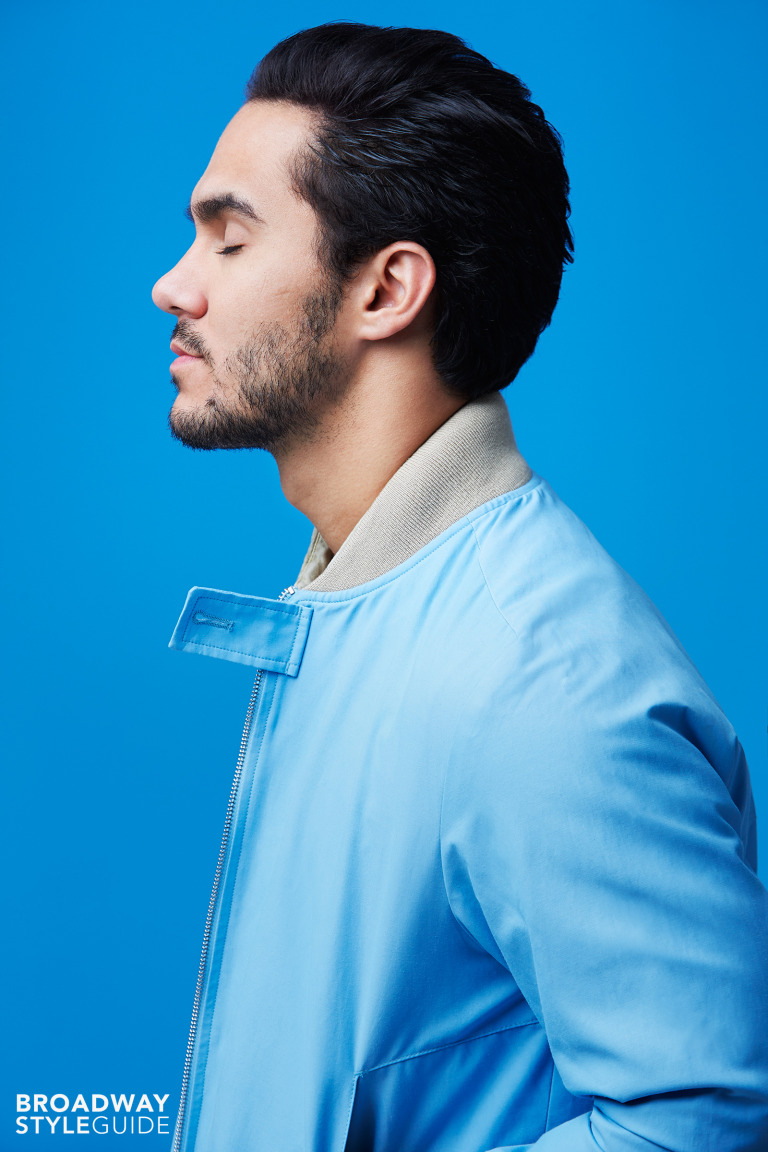