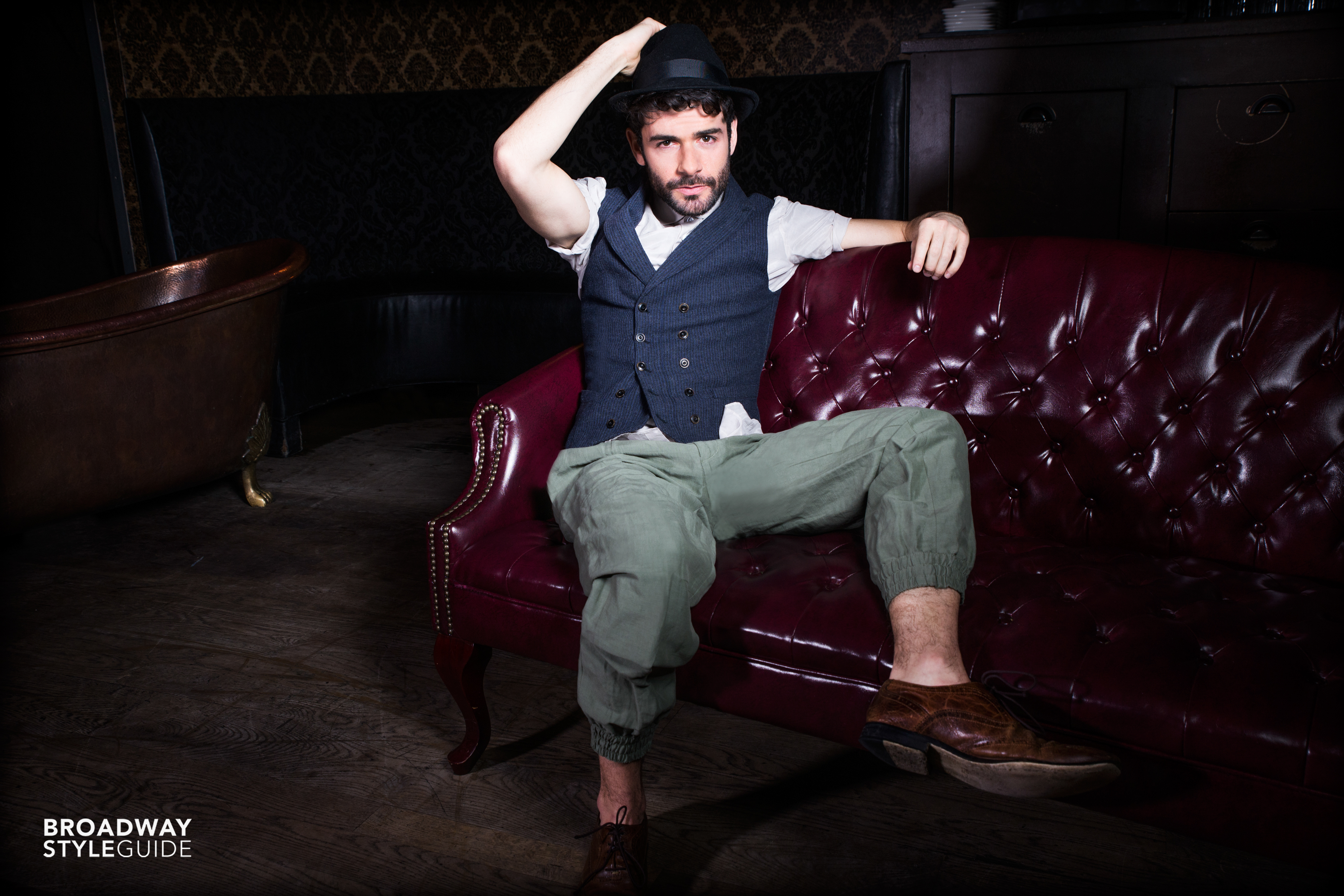 “It was also the first show I ever did,” Kantor says. “In sixth grade, I played Mendel, the Rabbi’s son, and in eighth grade, I was Tevye.”

Now, playing Motel the tailor in Bartlett Sher’s revival of the musical about a Jewish family in Imperial Russia in the early 20th century, currently playing at the Broadway Theatre, brings the actor back to his roots in Eastern Europe and closer to his Jewish heritage.

Broadway Style Guide caught up with Kantor at Bathtub Gin in Chelsea to talk about Fiddler, fashion, and why being the tailor is the most stylish job in town.

A Tailored Fit
“I’m playing the tailor and I look around on stage at all of Cathy Zuber’s incredible costumes and think, ‘I made all of those. Motel the tailor styled those.’ Culturally, Fiddler talks about how we keep our heads covered and we wear our prayer shawls. The ways in which these people showed that they were Jews and reminded themselves who they were was through their fashion. I’m playing a character whose job it is to maintain that and to be the stitcher, the binder of this community through fashion.” 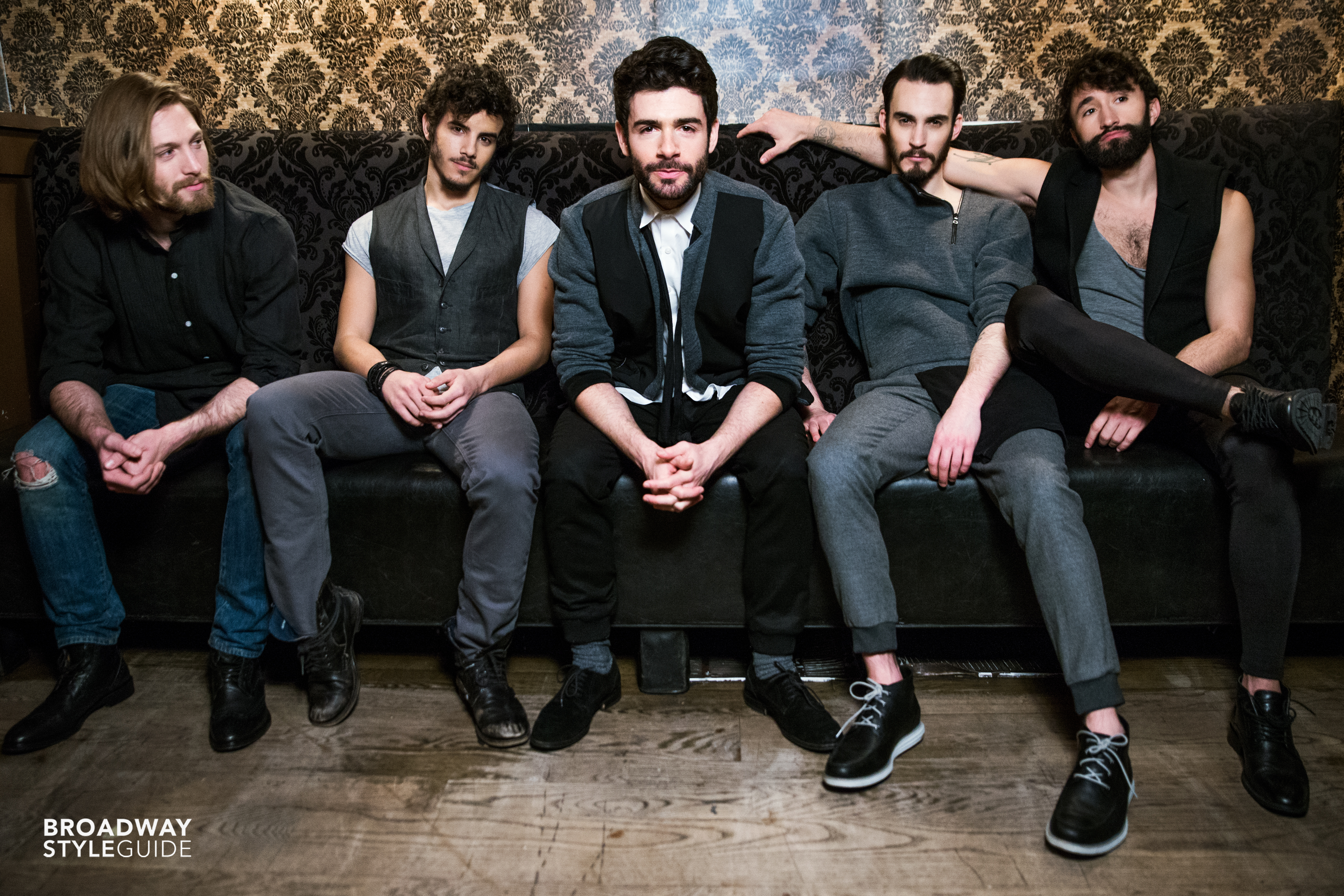 Dressing the Part
“To me, how you dress can deeply influence how you feel. [In rehearsal], I would always wear pieces that Motel would wear—like my own hat and vest that made me feel closer to the time. I didn’t want to wear something completely contemporary that would make me move or feel like I was in 2015. Also, I don’t wear glasses in life, but it was my choice to wear them for the audition and now in the show. The glasses make me feel more like my image of Motel. So in ways as an actor, I work inside out but I also work outside in. The pieces that I wear influence how I feel and how I behave.”

Haute Hipster
“I’m into the hipster trend that’s sort of ‘shtetel chic.; I love wearing jeans, a t-shirt, and a cardigan. My favorite piece I own is this blue shawl cardigan that’s thick and really comfortable but looks cool too. Fashion is a creative way to express yourself, just like theater, film, or music. As New Yorkers, we’re living in a culture where we are free to wear whatever the fuck we want and express ourselves however the fuck we want!” 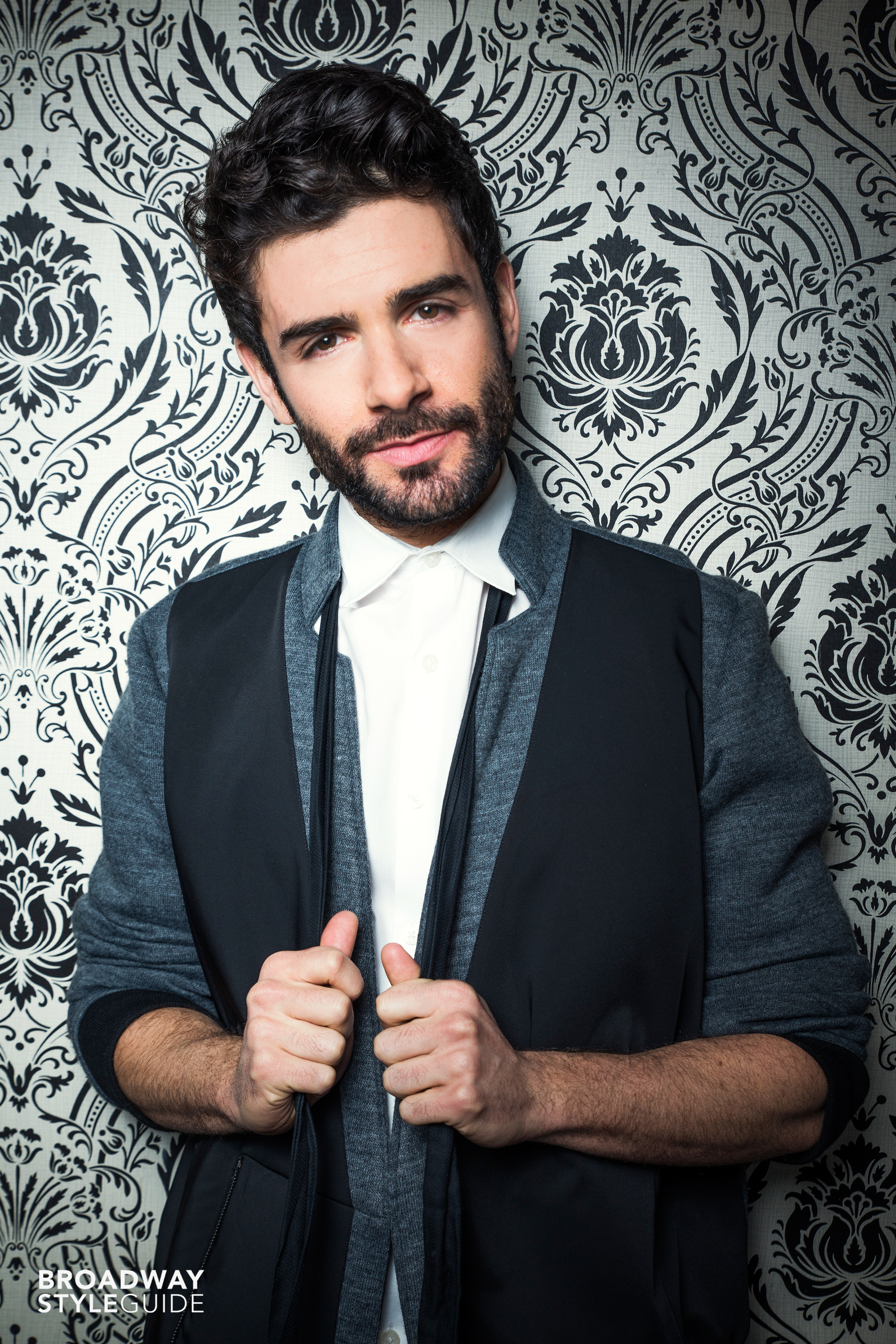 All Dolled Up
“For my opening night look, My.Suit made me a really awesome custom black tuxedo. I got this cool black button down with the gold strip on the collar and tux shoes from Hugo Boss. I knew our show colors were going to be black and gold and white so I got a gold pocket square and gold tipped shoelaces from Amazon.com too! I also have a Theory suit that was made for me for The Last Five Years [revival Off Broadway in 2013] that fits perfectly and looks awesome. I have a lot of Theory stuff in my closet. Recently, I found a really great blue tux jacket on Gilt.com that I’ll probably wear to my next big event.”

Broadway Beards
“It’s very convenient now to be in Fiddler because beards are in! This is the longest I’ve had to let it grow out. I’ve actually been trimming it every few days to keep it thinner because my beard can get very thick and dark, and I don’t want to look too manly as Motel. I also think Motel would, as a tailor, put a little bit of care into that but nothing very complicated at all.”

Cyclical History
“Our costume designer modeled our final look when we’re forced to leave our homes after images from the news today of Syrian refugees and these people displaced all over Europe and the Middle East. There’s a direct parallel going on between the story of the Jews of Anatevka and the story of the refugees today. Unfortunately, history is repeating itself in a major way. In that regard, this production definitely takes on a contemporary meaning. While still remaining true to the time of 1905, the costumes are infused with the energy of today that gives them a feeling of directness.”

His Style Icon
“I’m living with my 92-year-old grandma right now. She’s amazing and so stylish and was actually featured in Ari Seth Cohen’s “Advanced Style.” She loves looking fabulous, which comes easy to her. If we’re going out to dinner she’ll look amazing and I’ll put on something comfortable and look at her and think, “I might need to class it up a little bit.” So I’ll try to match her better and be better arm candy for her. She’s my best red carpet date.” 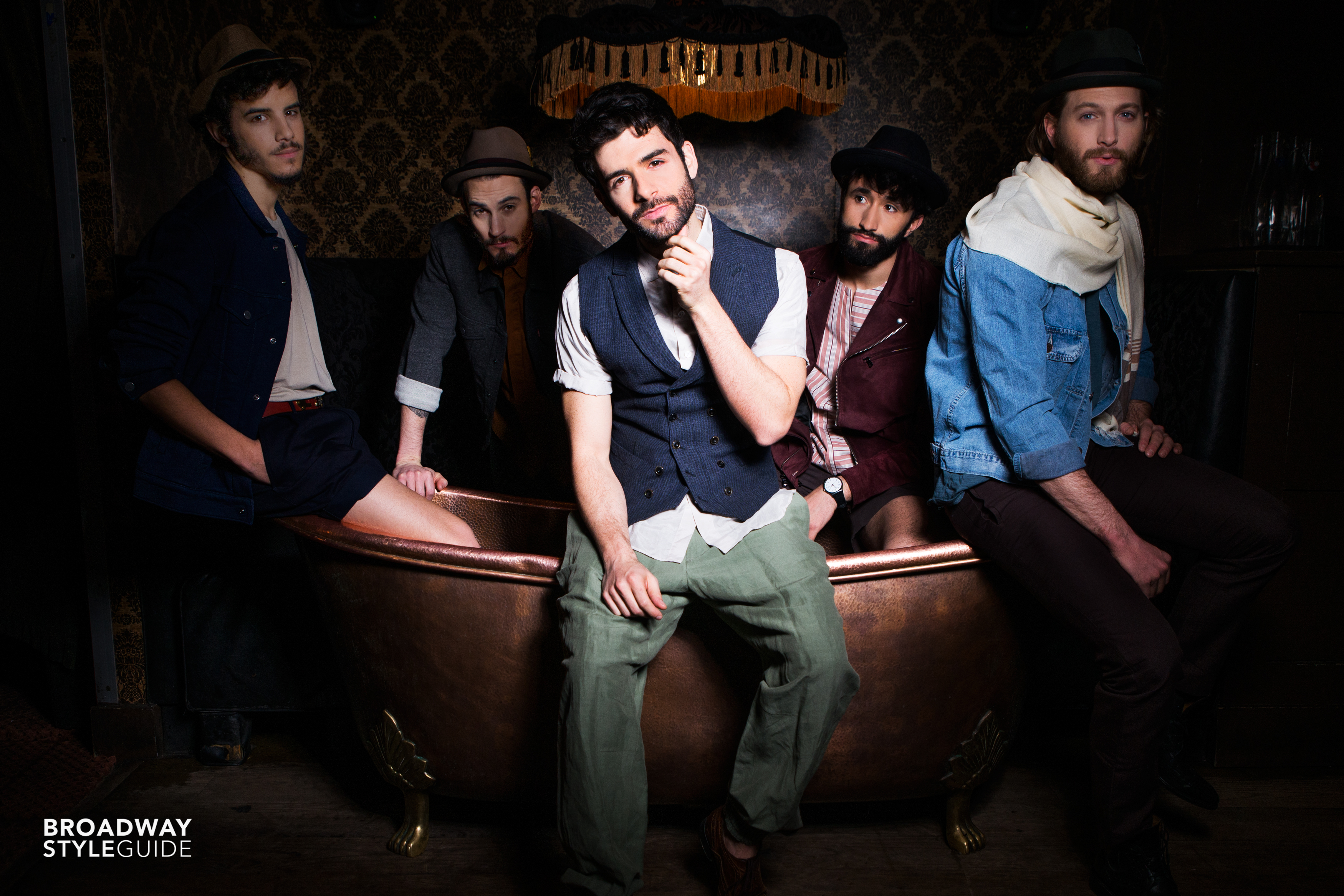