The Color Purple is back and better than ever in John Doyle’s riveting revival of the musical, based on Alice Walker’s 1982 novel about Miss Celie’s struggles for independence, love, and family. With a breakout performance from British star Cynthia Erivo alongside Grammy and Oscar winner Jennifer Hudson and Orange Is The New Black star Danielle Brooks—all in their Broadway debuts—the show opened on Thursday night at Bernard B. Jacobs Theatre.

Broadway Style Guide was on the red carpet and at the opening night party capturing the elegance and excitement of the evening. Check out some of our favorite looks from the night and scroll to the bottom for a full gallery! 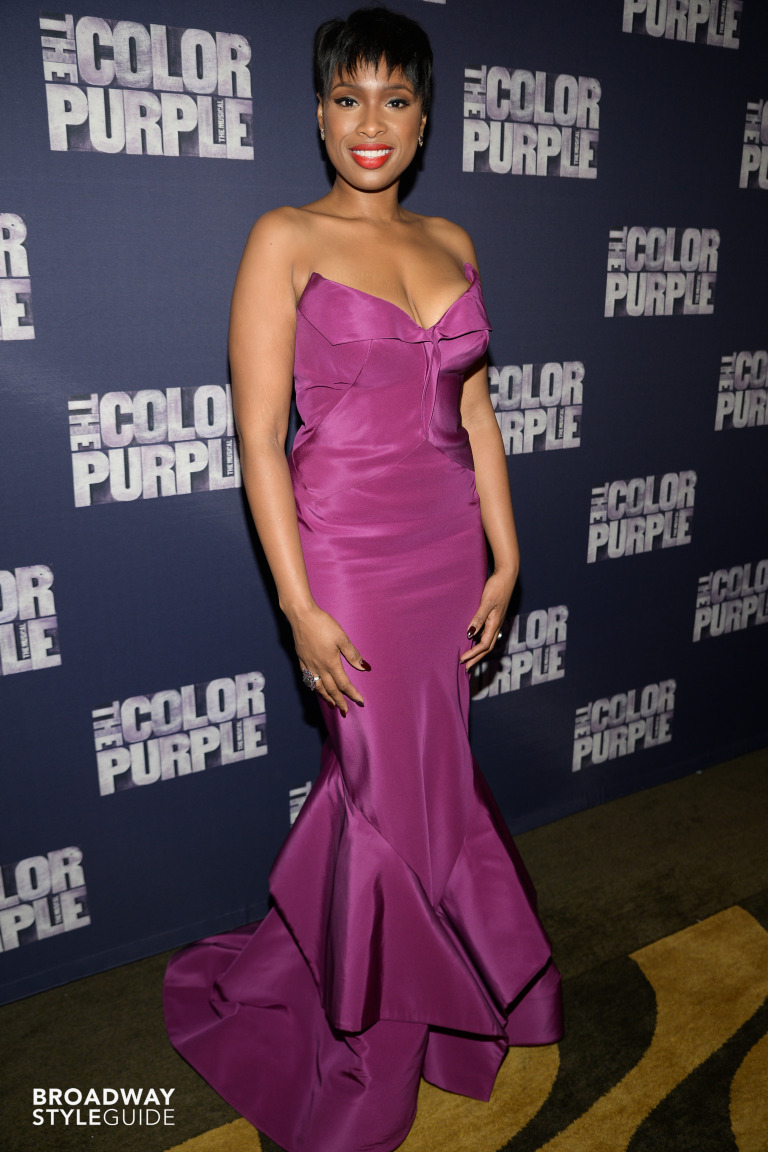 Jennifer Hudson
Purple is obviously the color of the evening, and Hudson takes it to the next level in this strapless, mermaid-style gown from Zac Posen. She may have made her Broadway debut as the temptress Shug Avery, but she’s sure to gain earn many more accolades after wearing this stunning look. 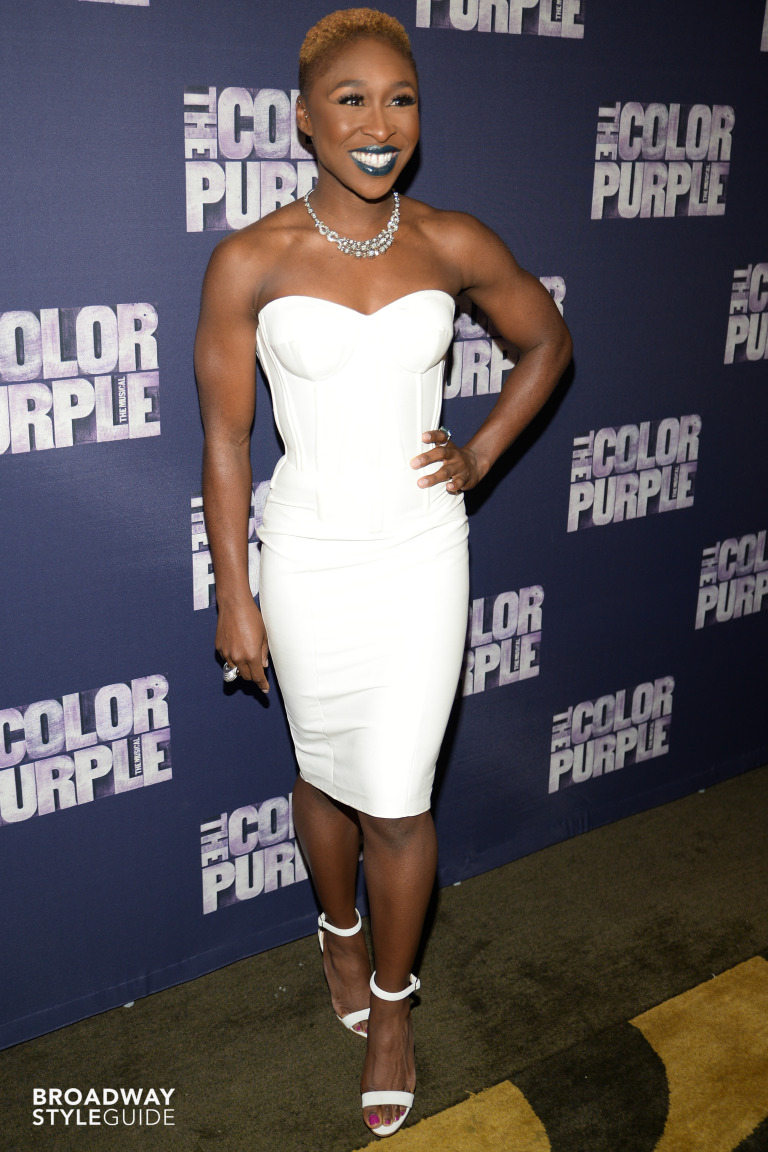 Cynthia Erivo
Not many people can pull off this shade of lipstick, but somehow, the tone seems to make Erivo’s smile bigger. The breakout star of the production who is already gathering Tony buzz for her portrayal of Celie has a lot to smile about, and her body-hugging white ensemble is just the icing on her first Broadway opening night. 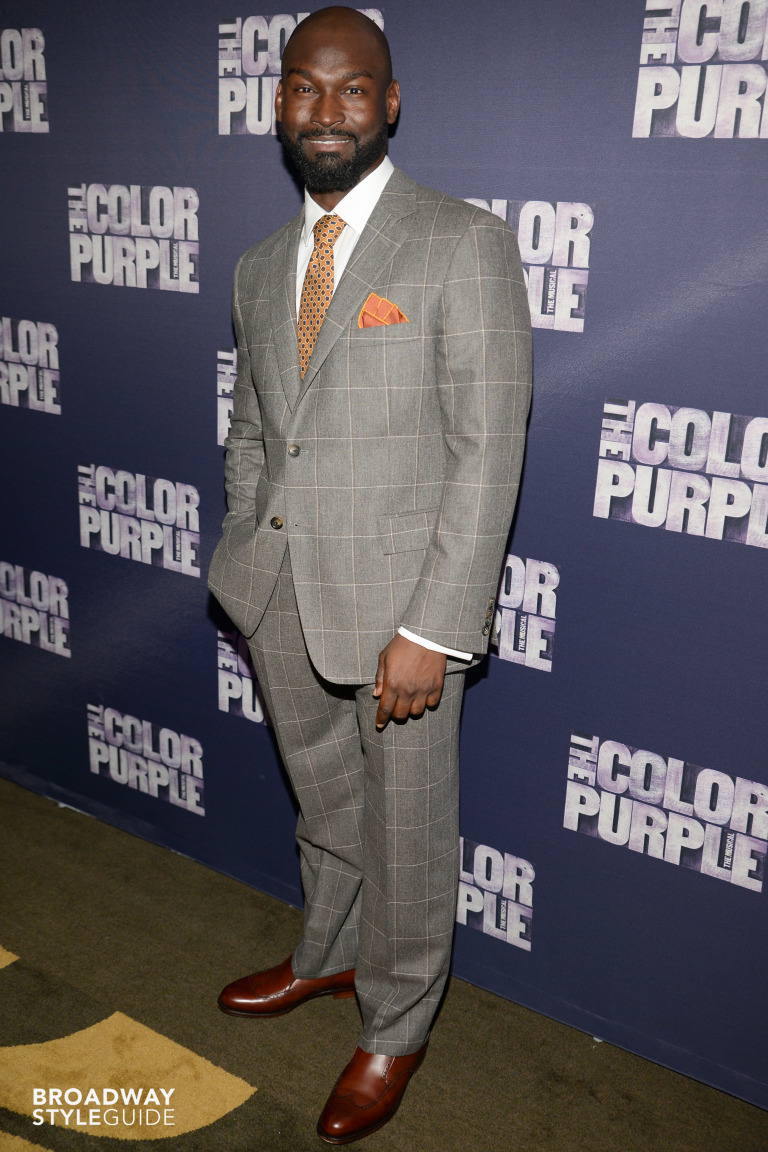 Isaiah Johnson
He may play the “evil” Mister in the musical, but he’s anything but on the opening night carpet. A patterned suit can be hard to pull off, but Johnson owns the look and even takes it to the next level with different patterns for his orange-colored tie and pocket square. 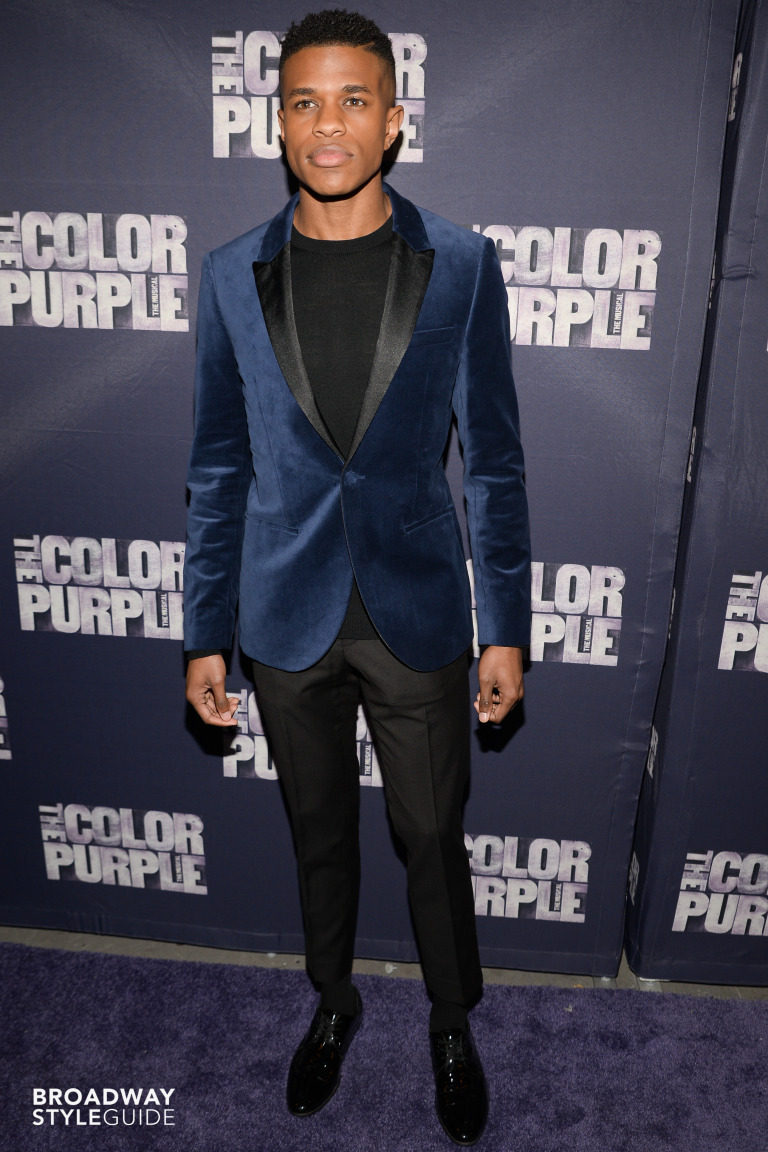 Jeremy Pope
The old adage is wrong: Navy blue looks great with black. When paired deliberately, the navy velvet jacket with black satin lapels draws the admirer in, and Pope is sure to have many admirers on the carpet. 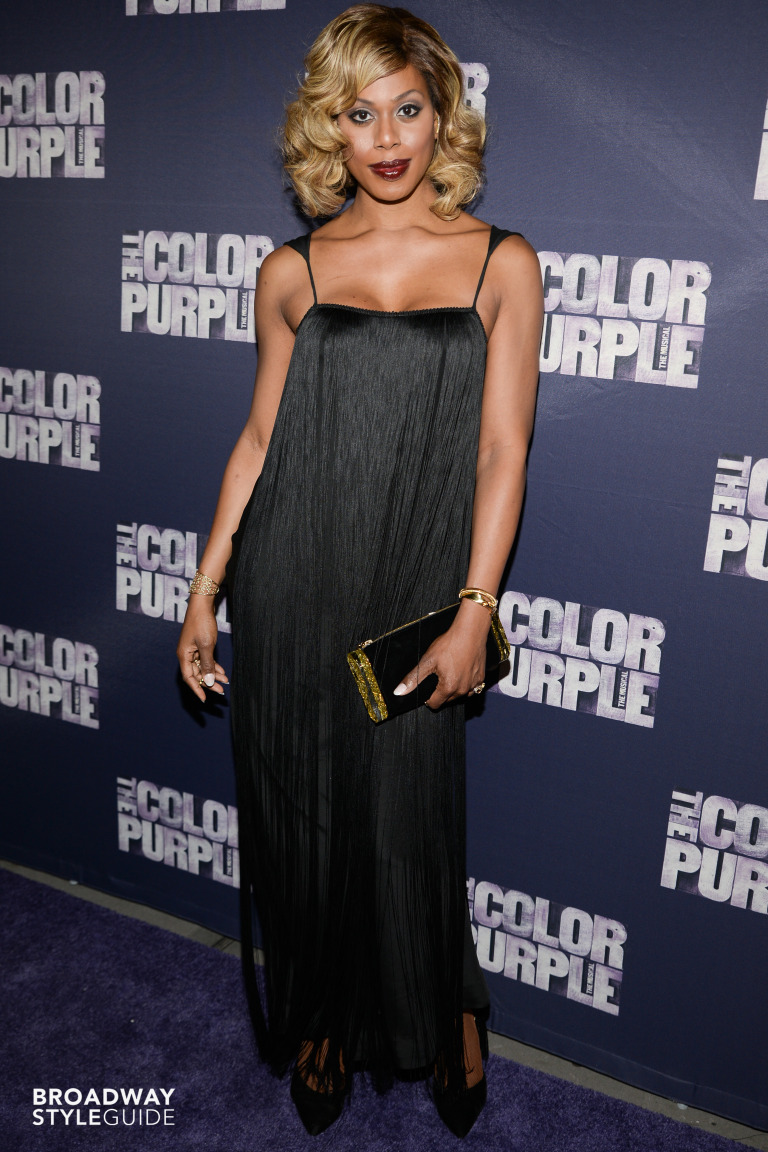 Laverne Cox
Cox knows how to work a red (or purple) carpet, and her flapper-inspired LBD, paired with a rectangular clutch, is a simple yet standout ensemble. Her deep red lip highlights her glowing face and complements the whole look. 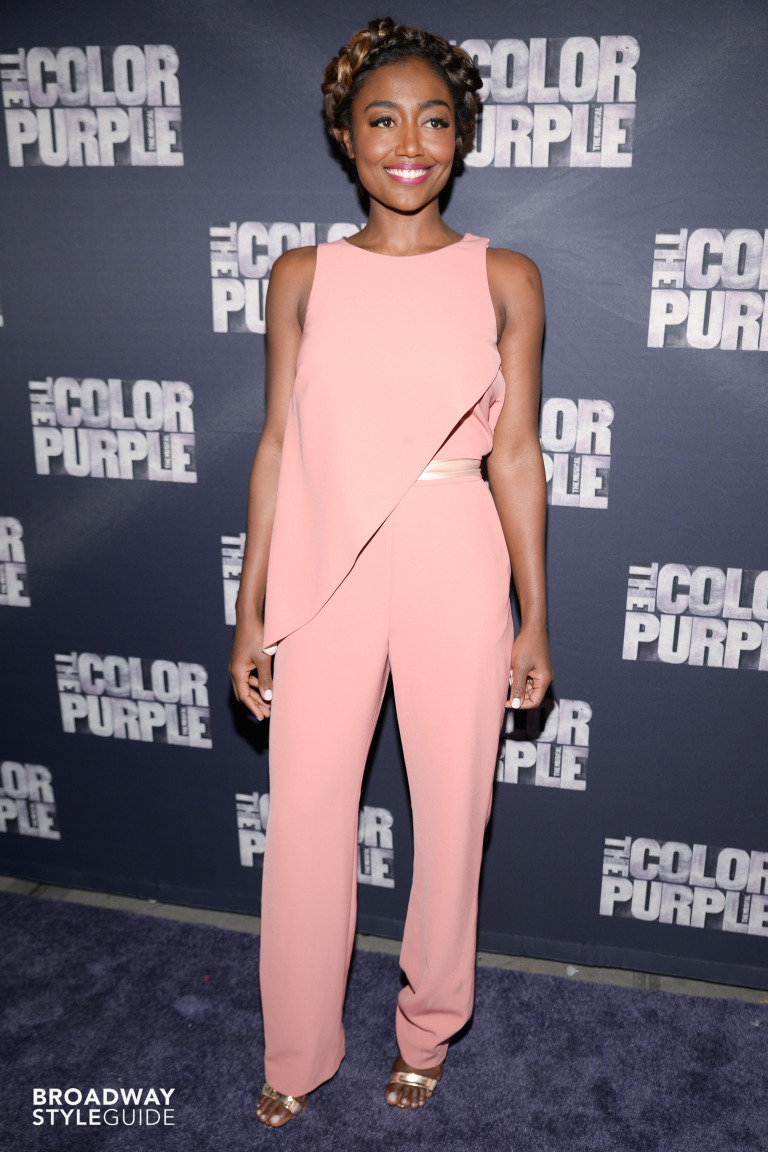 Patina Miller
Miller is a perennial carpet favorite. She opts for a rose-colored jumpsuit this time, and the asymmetrical top flatters her figure. And her up-do is almost an ode to her success as Commander Paylor in The Hunger Games. 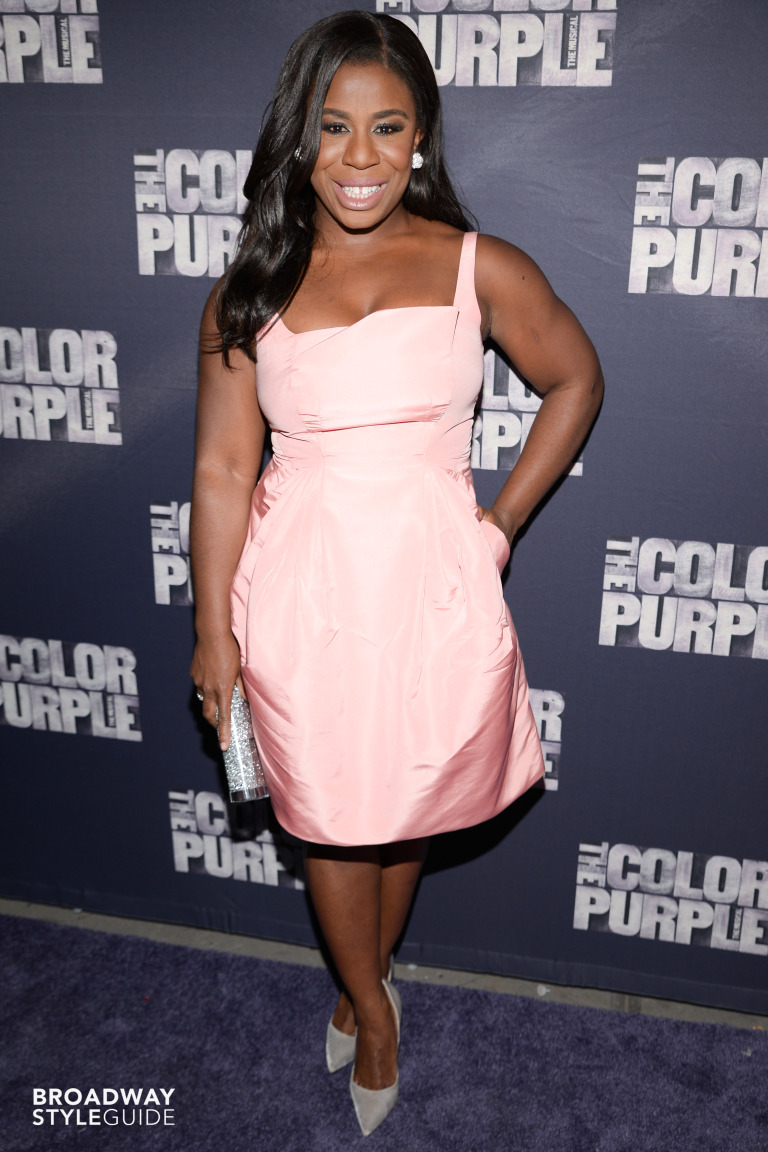 Uzo Aduba
Aduba has a little magic leftover from playing Glinda in the recent broadcast of The Wiz Live! and is using it tonight on the carpet. She complements her pink party dress with grey peep-toe pumps and a silver, sparkly clutch. Her long, flowing hair gives her a fresh-faced elegance. 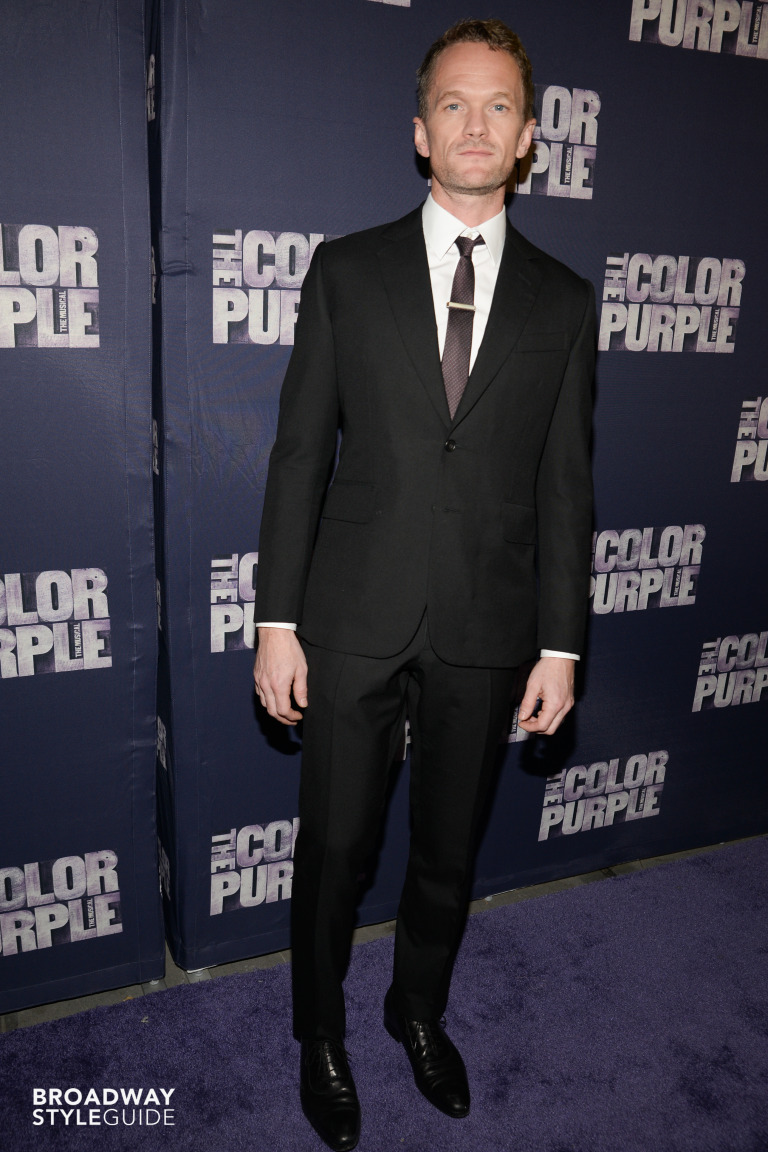 Neil Patrick Harris
Sometimes a suit is all you need to wow on the carpet. Harris’s tailored black suit, complete with tie and tie clip, stands out for its simplicity and effectiveness. 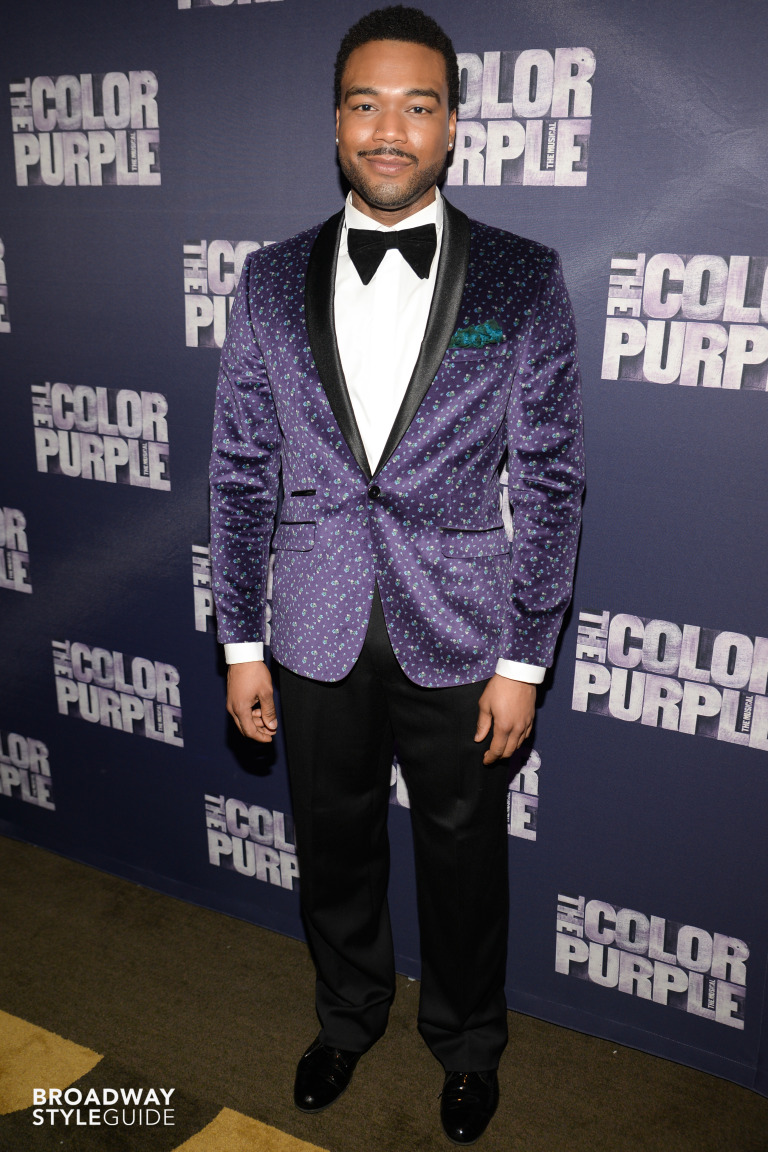 Grasan Kingsberry
Kingsberry is no stranger to The Color Purple carpet, as he’s the only cast member in the revival who was also in the original company. He’s also rocking a patterned jacket in purple, and the teal pocket square really highlights the delicate pattern of the suit.