BSG is counting down the last five days of 2015 with our picks for the five most stylish stars of the 2015 Broadway red carpet—and we want you, our esteemed readers, to pick the best! Take the poll below to tell us which of Max von Essen’s looks is your favorite and come back the rest of the week to weigh in on the other stars! 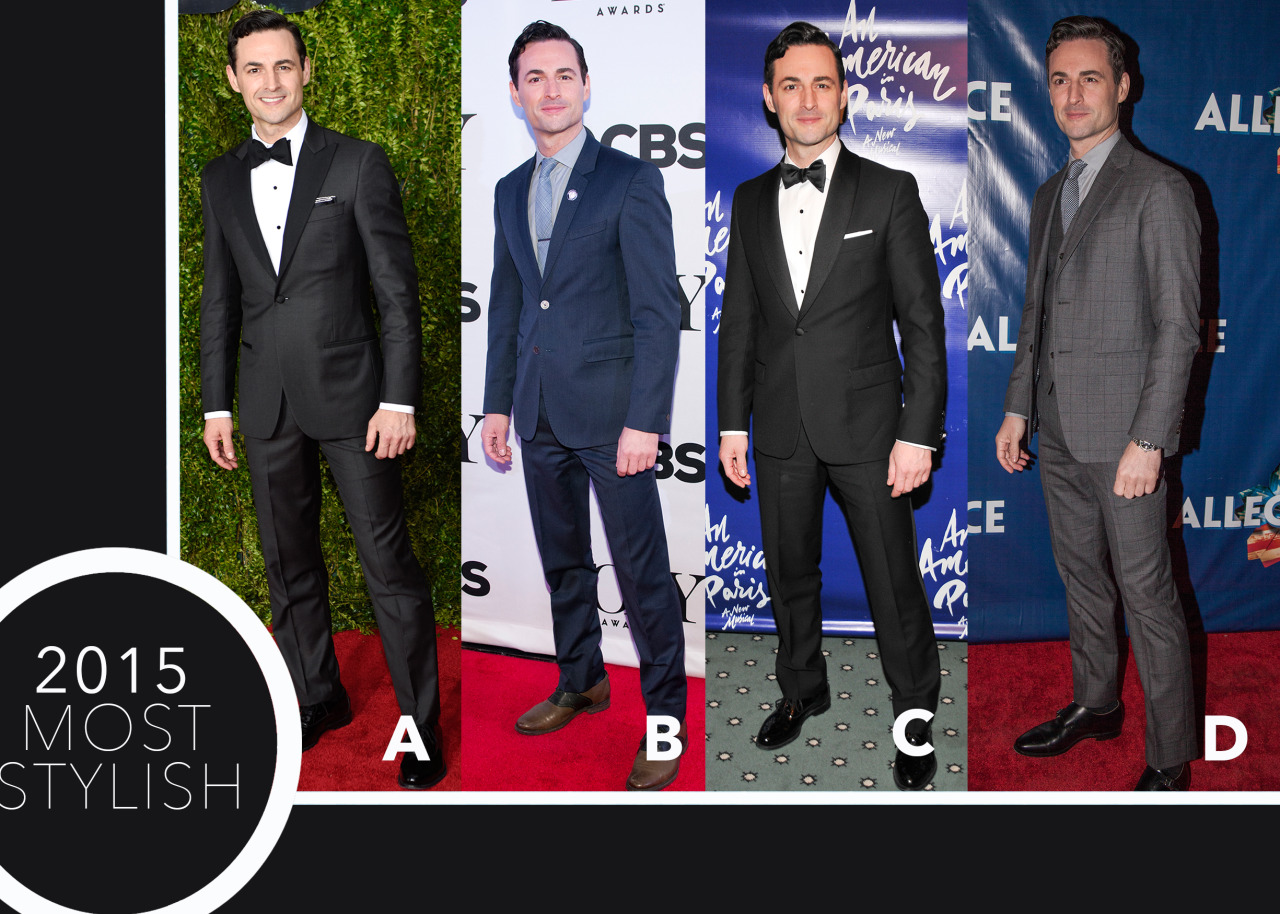 Max von Essen
The master of dapper, von Essen partnered with Brooks Brothers for his red carpet appearances this year, and as far as we are concerned, it was a smashing success. Von Essen fit the very definition of black tie and spent the year in perfectly tailored suits that looked like they were plucked from a Bond film. Sartorial excellence is the cherry on top of a great year in which von Essen also earned a Tony Award Nomination for his performance in An American In Paris.