BSG is counting down the last five days of 2015 with our picks for the five most stylish stars of the 2015 Broadway red carpet—and we want you, our esteemed readers, to pick the best! Take the poll below to tell us which of Christopher J. Hanke’s looks is your favorite. 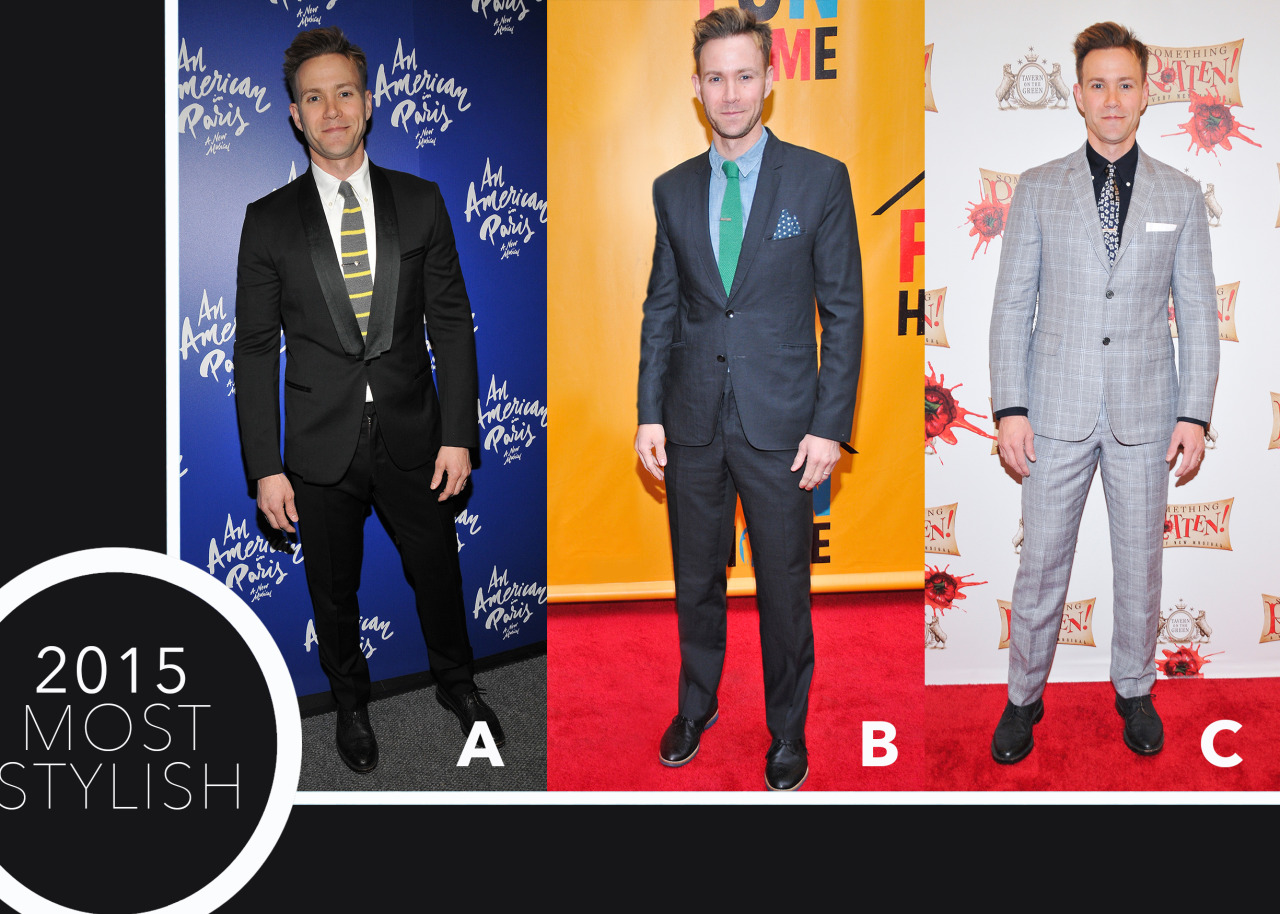 Christopher J. Hanke
This pick may be a touch nepotistic as Hanke also hosted BSG’s 2015 Tony Awards red carpet coverage, but the Broadway veteran earned his position on the most stylish list via a discerning eye for fashion. Sporting a range of designers from Paul Smith to J. Crew to Brooks Brothers, Hanke consistently puts a modern twist on each look, such as pairing a tuxedo with a knit tie or sporting a dandy plaid print suit with a dark navy dress shirt and flashy print tie.